That morning, the cinder block was not blocking the door. It had been moved and the door was unlatched.

And, some time after that I came to the realization that there was a face in my window, looking at me. In my first job out of college, I moved from a big city to rural coastal Louisiana to work for a newspaper. Late one night I was coming back from an assignment extra tired.

I worked hard at my job, slept bad and the stress was bone deep. I just wanted to get back to the office, finish my writing for the night and go home. Bayou Sale Road would get me to my destination sooner, though I hated to take it at night. It wound in sharp corners through the open pitch-black marsh. No shoulder, no street lights, just a few skeletal trees and the open grassy water. I slowed down to a crawl to drive it. This was the end of the world and no one was coming to get you if you made a mistake. But when I took one of the hard, blind corners, I had to slam on my brakes.

I wondered if he was drunk and worried about what I should do. There were no houses around here and he might be in some kind of trouble. You could just leave, you know, a small part of me said.

Fact At A Glance

No one would blame you. The only way past him on the narrow road would be to pass him so closely he could have reached out and touched my car door. I cracked my window and asked if he needed some help. He only looked at me. I started to feel a creeping panic, my body responding to the idea that something was wrong.

Fuck this, it screamed. Not now. Not today. One quick turn and he disappeared behind me in the marsh. The clerk listened silently while I reeled off my story on the phone to an officer who promised to drive down there and look for the man after taking my information. I nodded gravely at the woman but laughed hysterically to myself when I finally got back into my car, still shaking a bit with adrenaline and fear. I had more to fear from any living man than a dead man.

They drove the road several times, the cop said. There was no one. As a kid, I always loved being on the freeway. If we were on the road, it meant my family and I were going somewhere exciting, adventurous. To say the leas t. Which is why I was always shocked when people wanted to visit my family and I in boring old Modesto. Then one day, everything in our family changed.

In just under one minute, our whole entire lives would change as we know it. However, back then, it was business as usual. One particular cousin, Sue, had done just that. At the tender age of 17, she agreed to marry a young man around the same age that she had never met before. Her lavish wedding took place in the Fiji Islands and those family members that had more change in the bank than the rest of us, attended the festivities overseas.

My family is large, in the hundreds.

But, when we got that phone call, one blistery night in Winter, I never truly realized how losing four family members in one night would impact our family. One of them had just stepped out of a plane from the Fiji Islands and touched American soil that very day. He was to be our brother in law. We would never meet him. The accident on , late Saturday night, was pure havoc. There were body parts scattered across the perimeter of the highway; a famous freeway known for her curvy roads and unforgiving blind spots. We will never know what caused Sue to slam the breaks on her new sports car later we would find she might have been showing off for her new husband, I get it, girl, I get it and slam into two other vehicles, catapulting nearly three feet in the air before crashing down in a fiery crash and terminating the lives of seven people.

Including herself. My uncle, who answered the phone that night, was the only brave soul who went to identify the body of his sister, her husband, their teenage daughter Sue, and her new husband. 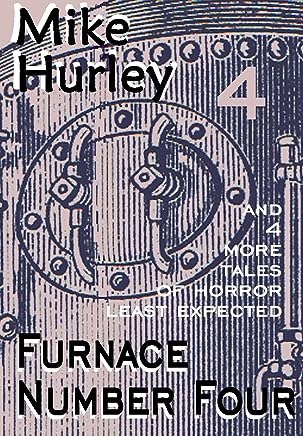 Funeral homes never creeped me out. As a matter of fact, I find comfort in sitting next to the dead; it reminds me of how lucky I am.

As a sat in the pew, not yet quite ready to approach the three casket baskets that sat woefully in front of me, I had to mute out the anguished screams of the elders beside me. Indian weddings and funerals go hand in hand; the cries of the women are ungodly. Another brave is brave the right word?

The fact that a VHS tape exists still bothers me to this day; I wonder where the lost tapes could be The fourth casket you ask? His body, after the investigation, was hauled back to the Fiji Islands for a private ceremony. Sue was beautiful, but as a cadaver, they made her into a human doll. Her face was polished to perfection, full of feature filler that made her look ravishing and glowing. Her lips were blood red and her hands, which looked awfully fake, had Lee press on nails with tiny specks of glitter.

Her parents that lay beside her were also primed for viewing. He was so full of life when I had last saw him and now he lay there in his casket, bare, devoid of most of his limbs. Becoming this drying, carcass waiting to be doted on by allthe bleak mourners. The camera man stoically zoomed past me as Idespondently walked pass the caskets, saying my final goodbyes to this sweet family.

I fear the living far more Her wedding clothes. If you know anything about Indian weddings, we go all out. Perhaps it was from all her wedding jewelry that was placed around her face. I was taken to the ER and treated like crap because I had no insurance. They cauterized my facial wounds rather than stitch me up, and then dumped me on the sidewalk with amnesia.

I went into collections and it took years to pay that one off. Six weeks ago, I fell while trimming a tree. When the ER found the insurance card in my wallet, I was treated like gold. I kept telling him no vaccines whatsoever, zero, nada. I was hassled, shamed, talked down to, and more. Not a fun experience, whatsoever. I was profiled as a bad mother. Many sinus issues later, I consulted an ENT specialist. He insisted that I damaged my sinus passages by using cocaine. His assumptions caused me pain, humiliation, confusion, and anger.

Two surgeries later, my septum was removed. Afterwards, he was so cruel as to continue his tirade about my cocaine use. As the gauze was being removed from my nose, I fainted. When I was roused, he insisted that I leave immediately showing no concern about whether I could even make it home safely. So I researched other contraceptives and felt the diaphragm was the simplest and safest option for me. He scoffed at my concerns, urged me to stay on the pill, and disputed any potential negative consequences. He reminded me that taking a pill each day was SO much easier than having to be responsible for using the diaphragm properly.

It was clear he thought I was too young and clueless to make this decision about my own reproductive health care. I returned every six months for two years and he always accused me of taking more than I was prescribed. He got progressively more rude and angry. I brought my wife with me to see if I was imagining it. She witnessed it too, so we searched for another doctor.